Documentation of the solo exhibition Triple Point by Hannah Rowan curated by Alice Bonnot at Belo Campo, 18.09.2020 – 15.01.2021
photos by @photodocumenta

Triple Point is a solo exhibition by British artist Hannah Rowan whose practice reflects on the contrast between constant, fast-paced human activity and the much slower rhythms of geological processes. Her work, often inspired by living nature, not only observes these natural systems; it re- embodies them.

Evaporation, condensation and precipitation, Rowan recreates ephemeral natural systems in a continued state of becoming to reflect on their fragility. She explores notions of fluidity,
transformation and interconnectivity to speak of the existential threat and anxiety surrounding the climate crisis in connection to other cosmological forces such as technology and data overload. Informed by the Hydrofeminism of Astrida Neimanis,* she invites us to reflect on our presence as and with bodies of water. To slow down, engage and connect to wider ecological systems.

For her first solo exhibition in Lisbon, Rowan presents a new body of work that captures the moving quality of water, frequently between states of matter. By building on the existing attributes of Belo Campo, an old underground wine cellar, the exhibition aims to simulate a slippery groundwater dependent ecosystem, comparable to subterranean wetlands and caves dripping sounds of water permeating through lithic surfaces.

The first two rooms hold Flowing as Frozen a glass and ice condensation piece. The ice placed inside the hand blown glass vessel begins as a solid crystal, melts into a flowing liquid, before cooling and condensing within the glass amorphous solid.

Resonating within the cavernous acoustics of the second chamber, the video Anatomy of Ice is the documentation of a performance Rowan developed in Svalbard during the Arctic Circle Residency (2019), an artist-led research expedition. With a hydrophone submerged in the ocean, she was able to capture the loss of ancient air bubbles that once trapped in the ice became frozen archives of the atmosphere.

In the third room, the atmospheric conditions of Belo Campo shape the material transmutations for Saturation Point, a sweating salt and copper mist piece echoing the continuous circulation of water in the Earth-atmosphere system. In return, the steel sculpture, scaled to the artist’s body, exaggerates the humidity of the room by staging alchemical reactions between materials acting upon each other.

While navigating below ground, the viewer encounters water merging through physical states. Each work amplifies the humid and moist atmospheric conditions of the three adjoining chambers, and blurs the boundaries of the three main phases of the water transformation cycle — solid, liquid and gas. Such phases can coexist at the same time if a certain degree of temperature and pressure is reached. A unique combination that scientists call: Triple Point. 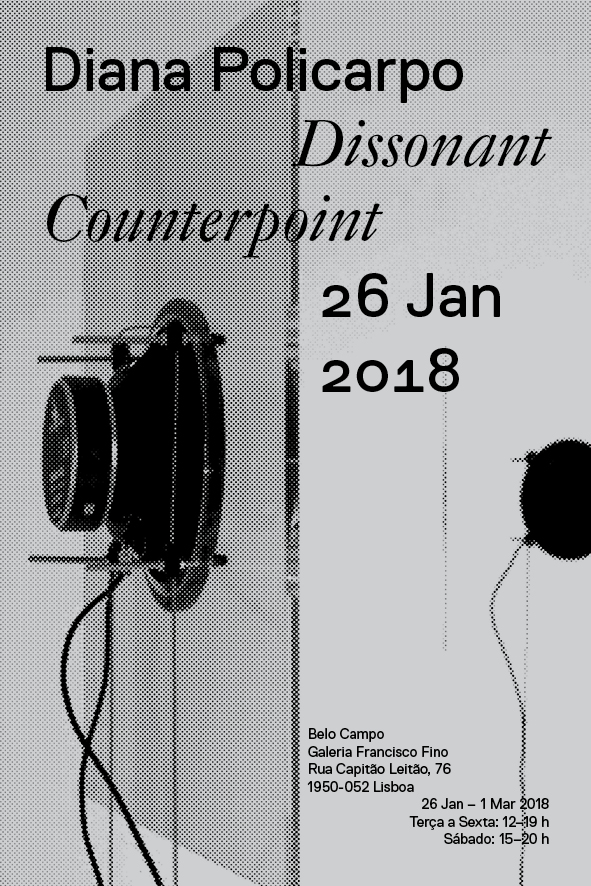